Gala of Angels: An Attendees Perspective 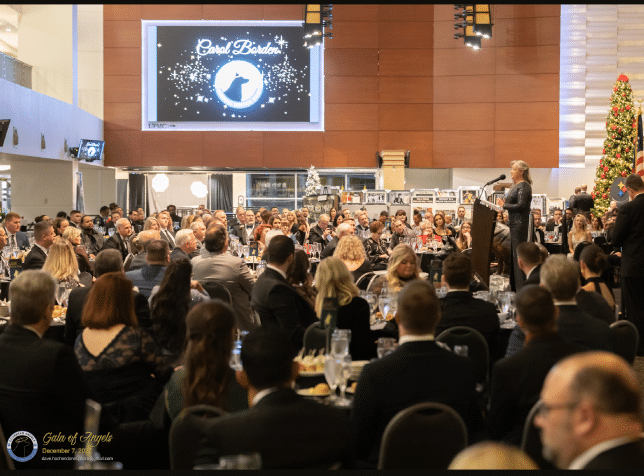 On December 7, 2022, Pearl Harbor Remembrance Day, I had the pleasure of attending one of the most amazing events that I have ever attended, hosted by Guardian Angels Medical Service Dogs.

The event was held at Acrisure Stadium, home of the Pittsburgh Steelers, and was filled with a night of celebration, not only for the honored attendees, which included many of the recipients who have received a service dog from Guardian Angels, as well as honorary attendees from the city of Pittsburgh, including Chief Darryl Jones, Pittsburgh City Fire Department,

The message of the night was clear: it was of community; it was an effort to raise awareness not only for the 22 veterans that commit suicide each and every day but to also shine a light on the mission of Founder Carol Borden and the Guardian Angels team to provide service dogs to veterans in need as well as an announcement to the Pittsburgh region about the new campus planned for the upcoming year in the area.

The night was a night of hope, the hope that the close to 300 people who were in the room would be inspired to not only support the fundraising activities that evening but to take the message to their friends, their family, and to their communities to tell the story and in turn, help create the awareness of the organization itself and for the new campus that will be built in the near future in Pittsburgh.

We came together in a Live Auction to raise $25,000 in a matter of moments, with attendees crowdfunding until together we made our goal. Attendees giving $2500, $1000, $250… the number doesn’t matter, but the feeling that we pulled together and reached that goal to support the cost for one of the highly trained service dogs, each of us knowing that we made a difference that night was what mattered.

The Gala of Angels was a spectacular event that succeeded in spreading awareness of the struggles that veterans go through and how the amazing service dogs from Guardian Angels Medical Service Dogs make a positive difference in their lives.

I am looking forward to attending the Gala of Angels again this year! Stay tuned for a save-the-date and sponsorship opportunities for the 2023 event.

If you are unable to attend the 2023 Gala of Angels but would like to support Guardian Angels, you can donate by visiting their Donate page today! 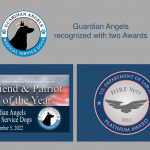