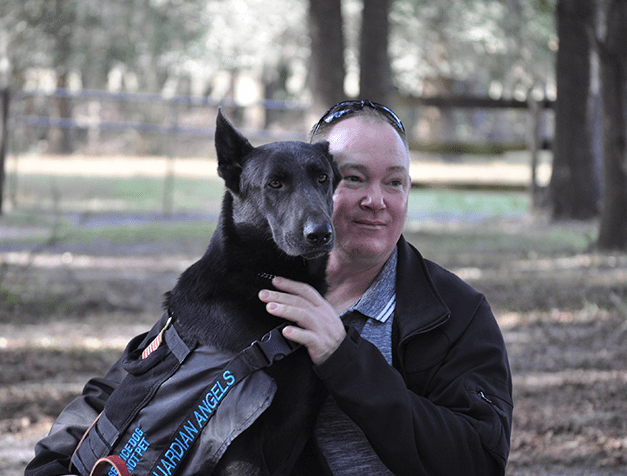 My name is Matthew McMurray. I am a twelve-year veteran of the US Army, and I served a tour in Iraq in 2003 where I was injured in the line of duty. After returning home, my family and I adopted a puppy from a shelter and named her Sandy. We had Sandy for almost thirteen years before she had to be put down due to illness.

While we had Sandy I was diagnosed with depression, anxiety, and PTSD, but my symptoms were not severe and were easily managed with medication. After Sandy’s death, I slipped into a deep depression and my anxiety made me become reclusive. I began having insomnia and suffered from night terrors. I also packed on nearly fifty pounds and started having heart palpitations and high blood pressure.

We had heard of Guardian Angels Medical Service Dogs at a high school football game where I had the opportunity to meet two teams, Eric and Sun and Patrick and Trooper. My wife, fearing that I was slipping away, recalled the encounter and suggested that I apply. I submitted my application a few weeks later.

Immediately after being paired with Cobalt, I noticed positive changes. I became more sociable and less withdrawn, I was no longer afraid of going to the grocery store or mall, I became more physically active, regained a positive outlook on life, my depression subsided enough to allow me to stop taking medication, and the night terrors stopped.

In the years since our pairing, I’ve gone on to start a new career as an Information Technology Auditor, nearly tripling my income. I’ve reconnected with old friends, rekindled old hobbies, and become an advocate for service dogs and veterans’ mental health. I have a renewed sense of purpose, confidence, and freedom. The transformation has been nothing short of a miracle, and I am indeed living an amazing “new normal”. 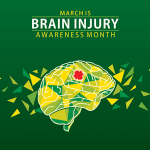 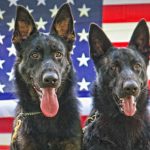