In the Spotlight:  Chris Weber 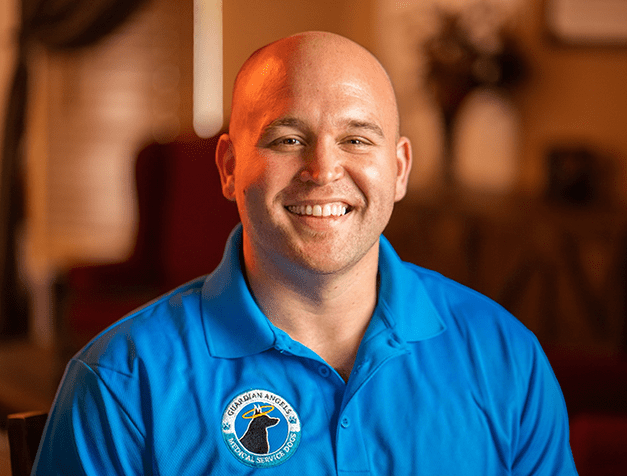 Chris Weber, who has been with GAMSD for about 3 ½ years as a Development Project Administrator, joined the organization after recovering from a Traumatic Brain Injury.

“In 2015 I was in a high-speed car accident where I suffered a traumatic brain injury at the age of 34. I was a very high performer in life with a successful career in the financial services/retirement planning field. My wife was in the middle of medical school, and we were living in San Diego. I was the sole income earner while she finished school when the accident changed everything in under 1 second,” said Weber.

Weber said that he barely remembers his first year of recovery and spent much of the 1st year after the accident in bed. His 2nd year of recovery was foggy, but throughout it all his wife Courtney remained strong by his side.

“She cared for me and finished medical school without any delay. She then got accepted into General Surgery Residency here in central FL. So we sold what was left of our stuff (most had already been sold just to survive and pay the bills in San Diego) and moved to Ocala in 2017 with just our small car and whatever could fit inside of it (mainly my giant boxer dog). I found GAMSD once I moved out here,” said Weber.

After his TBI, Weber knew he wanted to rebuild his life and head back to work. Prior to moving to Florida, he had never heard of GAMSD or medical service dogs in general. His dog at that time, Mosely, had been his lifesaver during his recovery, serving as his best friend in the world.

“He would help me find our home when I would get lost on walks too. So, one day I tell my wife mostly as a joke, “Man, if I could just work with dogs and avoid people that would be the best for a comeback job.” I didn’t really think it was a possibility. Then out of the blue, about 2 weeks later, my wife comes out of the room with this paper and tells me GAMSD is hiring right near us here in central FL,” Weber said.

Weber said he believes that God played a role in him finding GAMSD, so he applied and was hired. He said he has gotten better and better every month that he has been with GAMSD. “I know more than most that a little bit of help can change a life. This work is also part of my own recovery and rehab from my own TBI.  I needed to find work that understood me and my battle who would work around it with me and challenge me and that is exactly what GAMSD has done.”

Weber said that GAMSD saved his life by hiring him on his trail to recovery after his TBI. “They knew I would struggle at times, but they saw I wanted to get better, and I wanted to help, and I wanted to work.  When they say that they are on a mission to help those with disabilities, they mean it. They gave me a Job and a Mission and a platform to rebuild my confidence and re-find my own value” Weber said.

“When I rank the people in order of who was most instrumental in saving my life after the car accident, the order is 1-God 2- my wife Courtney and 3- GAMSD, and the first 2 spots can’t be beaten.”

Why GAMSD Means So Much to Chris

“Knowing from experience that all one needs is just a little bit of help and often, more importantly, a little bit of hope to move past that phase of “surviving,” and get into the phase of feeling valuable. This battle is hardly ever won alone. We all need help and at different times we may need more or less of it but at the end of the day, a little bit of help can make the difference between suicide and living a fulfilled happy life. GAMSD and our Dogs are the “help,” and be that “hope” that changes people’s lives and frees them from a life of survival and ostracization to a life where they find their purpose and mission and start truly living again,” Weber said.
He said a large part of why GAMSD means so much to him is that he is able to help others who are battling things like he is. He is motivated with his work at GAMSD by giving hope to the people they help.

What Chris Wants You to Know About GAMSD

Weber said he wants people to know about the actual profound effect that these amazing medical service dogs are having on recipients. “We pair the vast majority of our dogs with either combat military vets or 1st responders such as police or Fire Fighters who are battling one if not many disabilities. When you look at this population, sadly you see that these groups have astronomically high suicide rates. The trauma they have seen and the injuries they have sustained can make life just unbearable,” Weber said.

He said that GAMSD is approaching almost 400 dogs paired at this point in our 11-year history and to this day we are blessed to say that we have had ZERO suicides! 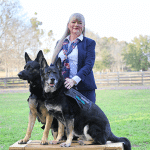 PreviousMessage from Our Founder on the Future of the Company