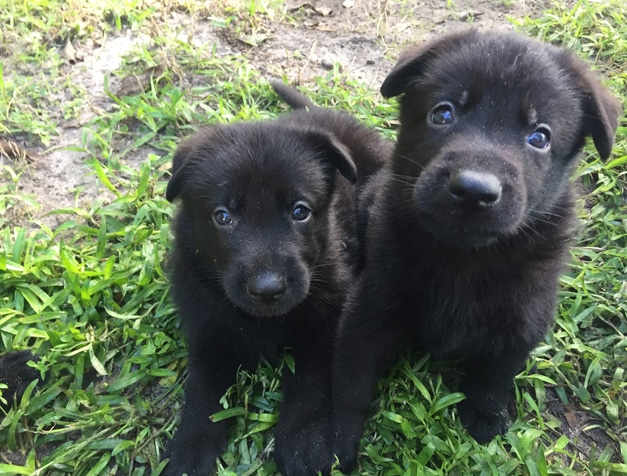 WILLISTON, FLA (MARCH 6, 2020) – The public has spoken, and the next Guardian Angels Medical Service Dog has been named Tuebor (pronounced tu̇-ˈā-ˌbȯr)! The name, taken from the Michigan state seal meaning “I will defend,” garnered nearly 60 percent of online votes in the naming contest. This future medical service dog was co-sponsored by the Greater Metropolitan Association of REALTORS® (GMAR) and the Michigan State Police’s 135th Trooper Recruit School. Tuebor, who is yet to be born, will be trained to benefit a disabled veteran from Michigan. Updates on the dog’s training progress will be shared on medicalservicedogs.org following its birth.

Guardian Angels is a national 501(c)3 nonprofit organization that exists to rescue, raise, train and donate medical service dogs to veterans, first responders and individuals with both visible and invisible disabilities. The naming contest ran from late February through March 4 with votes coming in from across the state of Michigan and as far as the UK and Australia. Other name options included Lansing, honoring Michigan state’s capital, and Bobby, the British term for a police officer.

Fundraising for the medical service dog began when recruits from Michigan State Police’s 135th Trooper Recruit School met a Guardian Angels’ recipient at a local gym and decided to dedicate their “Workout of the Day” to raise funds for a service dog to support a disabled veteran. In total, the recruits raised more than $9,200 with GMAR stepping in to donate the remaining balance for a total of $25,000, the full cost of training one dog.

Medical service dogs support their handlers in mitigating symptoms of a variety of visible and invisible disabilities, including PTSD, Traumatic Brain Injury, seizure & diabetic disorders and mobility issues, along with other medical conditions. Twenty-two veterans in the United States succumb to suicide each day. After being paired with a Guardian Angels’ medical service dog, that rate has dropped to zero among their recipients. Divorce rates and medication use also dramatically decrease with the pairing of a medical service dog. Among combat veteran families who have received a medical service dog from Guardian Angels the divorce rate is less than two percent.

In 2015, GMAR started its ongoing “5 Years, 5 Dogs, 5 Lives Saved” campaign, in which they will donate funds for five service dogs. Since starting the campaign, the Association has sponsored the training for Cobalt REALTOR® Blue, Thor and Indy. Cobalt and Thor have since been paired with recipients in Michigan, while Indy is currently in training at Guardian Angels’ headquarters in Florida.

Of the more than 325 medical service dogs trained and donated by Guardian Angels nearly 30 have gone to recipients in Michigan. The organization has placed dogs with deserving recipients in 24 states across the nation. Guardian Angels have been previously recognized by the Academy of United States Veterans (AUSV) at their annual VETTYS awards; and had their dog Alice named the top service dog in the United States as the 2019 American Humane Hero Dog of the Year.

Guardian Angels Medical Service Dogs is a 501(c)3 nonprofit organization based in Williston, Florida and has grown into a nation-wide medical service dog organization. The organization rescues, raises, trains and then donates individually trained medical service dogs to veterans, first responders and others who suffer from disabilities including PTSD, Traumatic Brain Injury, diabetic and seizure disorders, mobility issues and more. Since their inception in 2010, Guardian Angels has paired more than 325 individually trained medical service dogs with those in need. For more information, visit: Medical Service Dogs 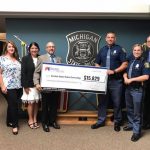 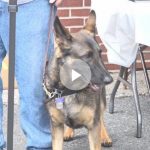