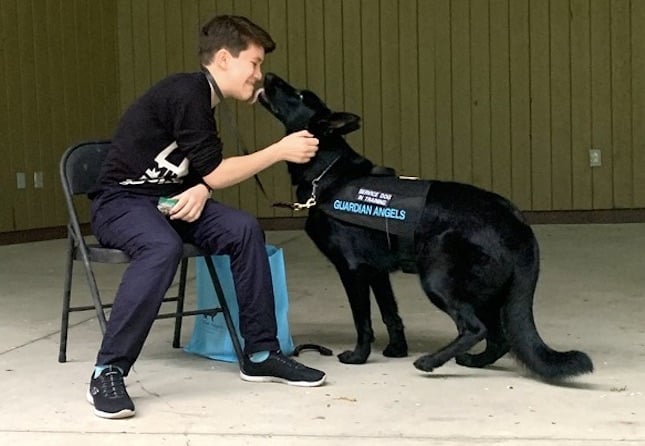 Oliver was paired with Dash in July of 2020. Oliver has a chronic sleep disorder that disrupts his sleep-wake cycle and made each day feel unpredictable and overwhelming.

Oliver’s condition was not diagnosed until halfway through his junior year. As a result, he tried to overcompensate his exhaustion by intensifying his perfectionism and leading to a yearly burnout.

Oliver said this all changed once he got paired with Dash. She allows him to maintain a consistent schedule but also understands that some days he’ll sleep in. If he gets too focused on a single task for too long, she’ll stick her head out from under his desk to tell him to take a break.

A huge improvement has been his safety at night. His medication causes him to become very groggy and hungry all at once. He used to wake up in his desk chair covered with food or passed out in the kitchen. Now Dash makes sure he always wakes up in bed. When she can’t help him alone, Dash knows to wake up his parents.

Another game-changer is Oliver’s ability to drive. Before he wouldn’t know if he’d get a sleep attack behind the wheel, severely disrupting his reaction time and spatial awareness, making driving terrifying. A few months after having Dash, he decided to try driving again and realized she alerted him to his anxiety and sleep attacks prior to them occurring. Just recently, on the way to the DMV, she suddenly began to whine and licked his neck. A few minutes later, he felt a wave of exhaustion but didn’t panic because he was prepared for it.

Oliver going to college was also made possible because of Dash. He recently finished up his sophomore year in person and is excited for the next two years as well. Oliver said he genuinely would not have felt safe enough to go to college alone due to his night medication and tendency to spiral if he doesn’t maintain healthy habits.

At the end of even the most stressful day, Dash knows how to make Oliver smile and laugh. Oliver said, “She and I are a team, and I’m so grateful to have her.”

Visit our Meet Our Recipients page today to learn more! 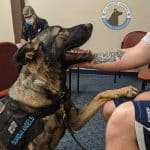 PreviousWhat’s the Difference Between a Service Dog and Therapy Dog? 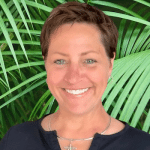