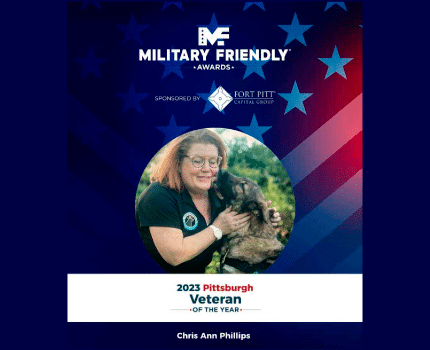 Chris Ann’s story will be highlighted in the April 2023 issue of G.I. Jobs Magazine, which is distributed free to transitioning service members and veterans worldwide.

Chris Ann has been deeply involved in the veteran community for more than 20 years. Before joining Guardian Angels, Chris Ann established the military recruiting program for PNC Bank, and was the lead in creating the Community Mutt Strut. Chris Ann has served as a mentor for American Corporate Partners, and a recipient of the ESGR Patriot Award. She was a two-time finalist for the UA Chamber of Commerce’s Colonel Michael Endres Leadership Award and serves as the Director of Development for Pittsburgh Warrior Hockey.

Notified about the award, Chris Ann said: “I am honored to receive this award on behalf of all of us that serve our nation’s veterans. It is a privilege to be the voice of those in the veteran community, no matter the need. In my role at Guardian Angels Medical Service Dogs, I am blessed to be part of a mission that truly saves lives. My work is not done and as long as one veteran is in need, I will continue to serve”.

Phillips served in the United States Marine Corps from 1981 to 1985, separating as a Sergeant.

Military Friendly will present the award to Chris Ann at this year’s Gala of Angels, a fundraising event to be held on December 7 in Pittsburgh. 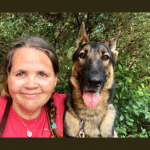 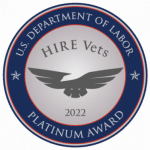