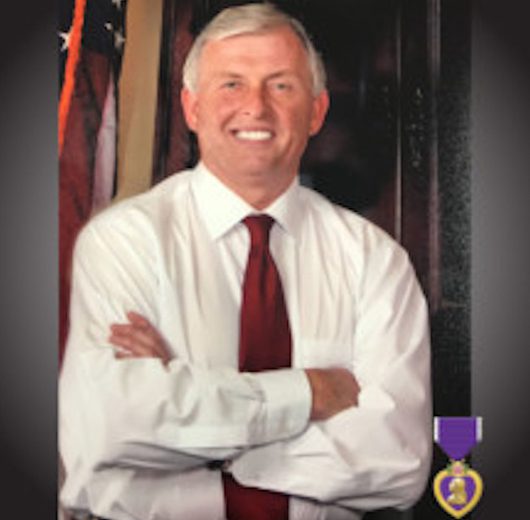 Jack Wagner has a long and distinguished political career in Pennsylvania state and local government. In 1983, Jack was elected to Pittsburgh City Council where he served for ten years, the last four as Council President. In 1994 Jack was elected State Senator representing Allegheny County. Over his 10-year tenure as a Senator, he chaired the Senate Banking and Insurance Commission and served on five other committees, one of which was Veterans Affairs, and served on the Pennsylvania Veterans Memorial Commission. In 2005 Jack became Pennsylvania’s 50th elected Auditor General, the independent fiscal watchdog of a 30-billion-dollar budget. For two terms (8-years) with his leadership and excellent staff saved Pennsylvania taxpayers hundreds of millions of dollars.

Looking back on all his remarkable achievements, however, Jack reflects that the experience he is most proud of was his service as a U.S. Marine and the Marines he served with. Jack is a combat veteran of the United States Marine Corps and a recipient of the Purple Heart and other military commendations for infantry service in the Vietnam War. In the demilitarized zone between North and South Vietnam, Jack was injured when his squad was caught in an ambush. Jack was extremely fortunate to have survived – seven men died. After the war, Jack attended Indiana University of Pennsylvania (IUP) on the GI bill and graduated with a degree in Safety Management. While a student at IUP, he worked as a paramedic with Citizens Ambulance Service and taught evening emergency responder courses. Jack received IUP’s Distinguished Alumni Award for service to the community and the University in 1994. Dedicated to a life of service, Jack never stops giving back. Five years ago, Jack started a small non-profit, Pittsburgh Hires Veterans, an organization that provides free support and assistance to U.S. Military Veterans and current service members (and spouses) in search of education, training and employment opportunities. So far, Pittsburgh Hires Veterans has helped more than 400 individuals find employment. Jack is also involved with Guardian Angels Medical Service Dogs, Inc., (GAMSD) an organization that rescues, raises and trains medical service dogs. With a focus on veterans, dogs are trained for those in need including those suffering with balance/mobility issues, Post-Traumatic Stress, Traumatic Brain Injury and seizure disorders. There is never a cost to the recipients of these dogs. Since 2010, GAMSD has paired more than 360 medical service dogs with deserving veterans. Part of Jack’s responsibility is to help build the first GAMSD campus outside of Florida – in Western Pennsylvania, to double GAMSD’s capacity of providing service dogs. Recognition for Jack’s continuing efforts to assist veterans has included the Veteran to the Year Award from the Veteran Community Initiatives, the Veteran of the Year Award from the Vietnam Veterans Leadership Program, the Outstanding Legislator Award from the Pennsylvania Veterans of Foreign Wars, and the Outstanding Service Award from the Pennsylvania War Veterans Council. He is actively involved in a variety of other veteran organizations, including Vietnam Veterans, Inc., The Military Affairs council of Western PA, University of Pittsburgh, Center for Military Medical Research, Sharing and Caring Inc., American Legion, disabled American Veterans and Veterans of Foreign Wars.