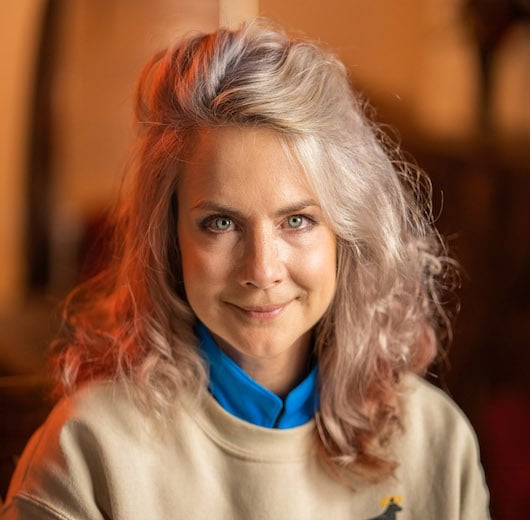 My name is Catherine Neuhoff and I served as the Warren Consolidated Schools (WCS) Director of Special Programs for a secondary, grades 6 – 12, selective school that houses three different programs: the Macomb Mathematics Science Technology Center (MMSTC), the Middle School Mathematics Science Technology Program (MS2TC), and the Middle School Visual and Performing Arts Program (MSVPA).  As Program Director at the Butcher Educational Center, I collaborated with both instructional and support staff to create dynamic, creative, academic experiences for students testing in the top quartile of the population in Macomb County, Michigan.  The instructional staff are hand selected because of their deep knowledge of curriculum standards; capacity to communicate and build meaningful relationships with their students and help them make real world connections between the taught curriculum and the world around them; lead students through research and hands-on lessons; and kindle students’ desire to use their powers for good.

Aside from supporting staff and students, my role included running the physical plant of the building insuring safety and crisis protocols are met; building and managing budgets of internal and external funds; approving payroll and resolving human conflicts between students, staff, parents, and the community; completing state and federal paperwork as it relates to testing and school improvement (each programs success as measured through standardized exams); recruitment of students for all three programs, testing and reviewing applications; evaluating and training staff. To insure parent voices in their children’s education at the Center, we created a Parent Teacher Organization.

Prior to working within the school setting at WCS, I was the district’s Curriculum Director from 2004-2006.  In this role, I had district oversight of state and federal entitlement grants (totaling over 8 million dollars at the time) as well as the district’s instructional curriculum budget (over 2 million at the time); assisting schools through the use of content area specialists to develop compliant educational service plans for their schools; align the district’s elementary and secondary schools curriculum to meet state standards; research and recommend instructional resources for classroom instruction; organize professional development for instructional and support staff that aligned to their school improvement plans; insure service to the districts second language learner met federal and state guidelines; lead curriculum consultants in the development and implementation of extended day and year programs that targeted at-risk learners K-11; organize state testing across the district; and establish rigorous and relevant graduation requirements in alignment with the state’s Michigan Merit Curriculum.  In this role I had line authority over 6 curriculum consultants and four World of Four (grant funded early childhood program) teachers.  In a move to reduce expenditures during the first of several massive budget cuts, WCS pushed these responsibilities onto building administrators and the department was disbanded.  I was placed at Warren Mott High School where I served as an assistant principal for five years (2006 – 2011) before making the move to the Butcher Educational Center, which at the time housed the MMSTC and the district’s alternative high school.

From 1998-2004, I worked with Chippewa Valley Schools as a Supervisor of Special Projects – a catch all title that allowed me the opportunity to work with various populations across the district from instructional staff to adult learners.  Originally hired to manage the state and federal entitlement grants the role evolved as the district grew from 8500 to over 15,000 students in six years. Within the six years, I wrote state level and competitive grants to start an adult-education English language learners program; research-based elementary English language learner program that shuttled new English language learners to satellite programs for a deep immersion in literacy for a half day returning to their home schools for the second half of their day; elementary and middle school summer school programs that targeted intervention for at-risk learners with teacher training and instructional resources that addressed both academic and social-emotional gaps; and secured police liaison officers for the district’s two high schools through a partnership with the Macomb Sheriff’s Youth Bureau.  Additionally, I worked with district teachers to align curriculum to state standards and craft new teacher training framed around the “Professional Learning Communities” model and Mind-Brain Learning strategies. Establishing partnerships with educational service providers outside of the public school setting was critical to each program’s success.

The move to administration in 1998 was out of necessity – as a classroom teacher I needed to have sixth hour prep to have sufficient time to attend classes at Michigan State University where I was accepted into their research-based, Teacher Education Doctoral Program. For three years (1995-1998) I taught art classes for students K-5 at Fox Elementary School, in the Chippewa Valley School district. In this role, I met many inspiring people who shaped my perspectives as an educator and connected me to cutting edge resources at the Macomb Intermediate School District.  While teaching art classes, I also taught college courses at Eastern Michigan University at night and weekends starting in 1989. These courses ranged from fine arts courses – art appreciation, basic drawing; to undergraduate and graduate art education courses.  The demands of course work at MSU led me to regretfully end my working relationship with EMU in 2005.

My professional preparation culminates with my Ph.D. from Michigan State University in Teacher Education, Curriculum, and Educational Policy.  My dissertation unpacked a piece of national policy (No Child Left Behind), analyzed it through the lens of social institutional theory to predict the policy’s impact on teachers and students in an urban high school.  This work has become a critical tool in helping me navigate state and federal policy as it relates to managing my programs at school.

Prior to earning my Ph.D., I completed requirements for a Masters in Fine Arts (MFA), a terminal degree in visual arts.  This credential was essential for teaching fine arts courses at Eastern Michigan University. The culminating activity to earning the MFA includes hosting a gallery opening of my art work, marketing that gallery opening, crafting a manifesto, and completing an oral defense of my work.  Unlike public schools with standards that drive instructional design, the university allows instructors to provide students with experiences based on our art work and thinking.  I relied heavily on my teaching certificate earned as part of the Master of Arts in arts education and my understanding of artistic impulse to create courses that were structured, rigorous, and fun for my students.

Outside of my professional preparation and work experience I am an avid animal advocate often lobbying our local and national legislators on issues relating to animal rights.  I joined the Humane Society of the United States as a State Councilwoman in 2017.  My focus remains ending cruelty to animals as well as fighting for protection of wildlife under the Endangered Species Act.  Additionally, I am an active member of the International Wolf Center through which I attend webinars on wolf conservation.  I applied and was accepted as a Pup Care volunteer for incoming wolf pups with attention to providing socialization for future members of their exhibit pack. While COVID delayed the arrival and revamping of the IWCs original Pup Care plans, in the summer of 2021 I, along with about 35 others, have been invited back to provide wolf pups with novel environmental experiences in 2 hour blocks.  I am hoping to use this first-hand experience to strengthen my knowledge of wolf conservation to continue to be a voice for this keystone species.

With what began as a hobby – attending obedience classes to trouble shoot training of my very independent German Shepherd Dog, ultimately exposed me to various competitive arenas for dogs where I had the opportunity to work with a group of professional dog trainers.  I listened, observed, and learned as much as I could from four trainers, including Barbara Oshnock.  Barb introduced me to Guardian Angels Medical Service Dogs (GAMSD) in the fall of 2019. The following summer I applied and was hired as the Michigan Traveling Trainer for GAMSD.

In the spring of 2021 both Carol Borden and Mary Jo Brandt, Guardian Angels’ CEO and COO respectively, asked if I would assist updating the apprentice curriculum.  Following my retirement from Warren Consolidated Schools, I began work on this project with the support of my husband in the fall when we relocated for the winter in Florida. Framed on the methods outlined in Carol Borden’s Comprehensive Obedience Training and Medical Service Dog Training, the two-and half-year apprentice program opened doors to outlining a 6-month internship through Skillbridge as well as additional work with the Borden Institute of Higher Learning.

When asked to define my “why,” this work fulfills my passion project need to serve by assisting an organization designed to breed, raise, train and pair GSDs with veterans and first responders behind the scenes using my creative abilities to give back to those who have selflessly sacrificed so much for my and other’s safety, health, and freedom.