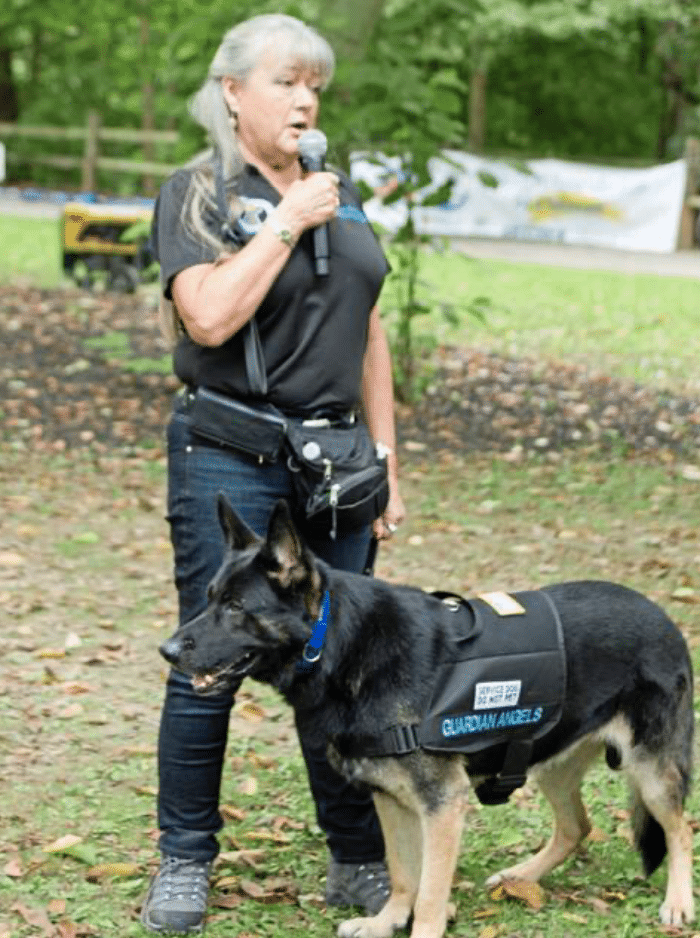 “After a two-year hiatus, Pittsburgh’s Community Mutt Strut returned for an in-person day of fun for four-legged friends and their people pals, all for a good cause. The event, held virtually during the covid-19 pandemic, benefits Guardian Angels Medical Service Dogs Inc., a Florida-based nonprofit that rescues, raises and trains canines to provide military veterans with essential companionship. “We’re here to add awareness to what our veterans are facing,” Plum resident Bill Jeffcoat said. “These veterans are coming home with visible and invisible disabilities: post-traumatic stress, traumatic brain injury, insulin dependence, seizure disorders, mobility issues.” He is president of Life Changing Service Dogs for Veterans, a Pittsburgh-area organization formed seven years ago to support Guardian Angels’ mission. “These dogs allow these veterans to become a part of society. They’re able to go out, become employed and be part of the community once again.” Among those attending the Sept. 10 festivities was Carol Borden, founder and chief executive officer of Guardian Angels, which has its headquarters in Williston, Fla. “What a perfect day to hold the Mutt Strut, as this is National Suicide Prevention Day. And that is what we do,” she said. A major impetus behind her organization is helping to reduce the number of veterans who take their own lives, with the statistic that 22 per day often cited. “Our suicide rate still stands at zero,” Borden said about Guardian Angels’ pairings, which have been taking place for 12 years.

The Mutt Strut’s major sponsor has been PNC Financial Services Group Inc.  “We do a lot of things at PNC that we’re really proud of throughout the year, but for me, this is right at the top,” Gregory Jordan, executive vice president, general counsel and chief administrative officer, said. “It’s so direct. It’s so powerful, and I think it’s so meaningful.” Since 2016, PNC has raised enough money on Guardian Angels’ behalf to provide the financial resources to train nearly three dozen canines, according to Jordan. “You can say 35 dogs,” he said. “But when I hear that, I think 35 lives.”

The dogs’ training focuses on mitigating the challenges of veterans facing post-traumatic stress disorder, and the canines also learn to sense medical emergencies, such as internal bleeding. “These dogs become life-saving,” Jeffcoat said. His organization, which was founded by Vietnam-era veterans Tony Accamando and George D’Angelo in 2015, is working on fundraising to build a Guardian Angels campus in Robinson Township, Washington County. The estimate is that the new facility will double the capability for training dogs. Jeffcoat is another Vietnam veteran, serving with the U.S. Marine Corps as a dog handler. Although the military valued dogs as scouts and trackers, most were euthanized overseas rather than being returned to the United States, including Jeffcoat’s partner, Fraulein.

On a positive note, Mutt Strut 2022 exceeded its fundraising goal of $300,000, drawing supporters and dog lovers from all over the region. Traveling from her Hampton home, for example, was Emily Murphy. “For the past few years, we haven’t been able to participate because of the pandemic. But it’s nice to be back and show support for the organization,” she said about Guardian Angels. Representing Unleashed Doggie Daycare in West Deer, she brought Farrow, a therapy dog who visits establishments such as nursing homes and assisted-living facilities to provide comfort and support to residents. Many others visited with their dogs to enjoy activities including the main event, with many of the pooches in costume as they paraded along a path near Frick Park’s Lawn Bowling Greens. “The dogs are the heroes. They are amazing. But all of you are heroes, as well, because you’re here supporting this event, having a great time, bringing your own dogs out for fun,” Borden said prior to the parade. “So let’s have fun.”

Harry Funk is a Tribune-Review news editor. You can contact Harry at hfunk@triblive.com. 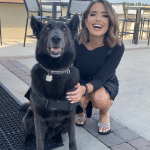 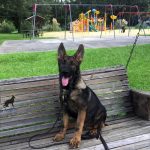 NextWhat is a Diabetic Alert Dog?