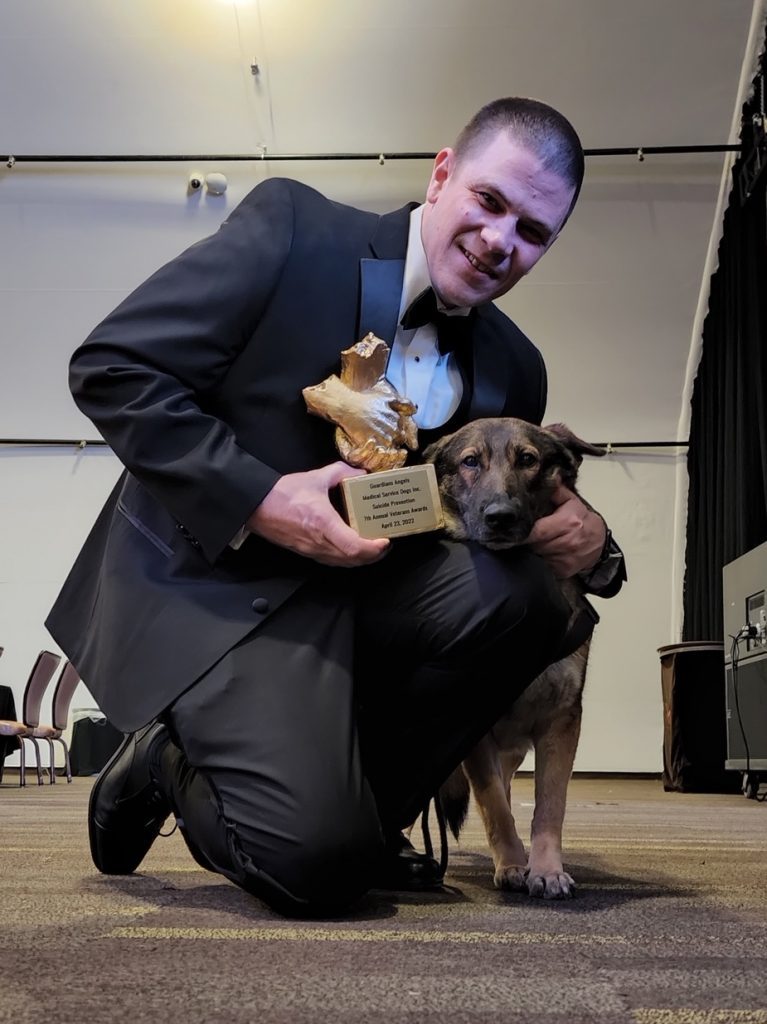 Guardian Angels Medical Service Dogs has been recognized as the winner of the 2022 VETTY Award in the suicide prevention category, presented by the Academy of United States Veterans. Guardian Angels is a national 501(c)3nonprofit organization whose mission is to rescue, raise, train, and donate highly skilled medical service dogs to veterans, first responders and individuals to mitigate the challenges of both visible and invisible disabilities.

These disabilities can often lead to feelings of isolation and suicidal ideation for those affected. The highly trained service dogs that Guardian Angels provides to their recipients help to improve overall health and happiness, restore their sense of freedom and independence, and create a new normal full of possibilities.

Over the past 12 years, Guardian Angels has provided hundreds of service dogs to individuals across dozens of states in the U.S. To date, not a single Guardian Angels Medical Service Dog recipient has been lost to suicide.

“We are so proud of everyone connected with our organization,” says Carol Borden, Founder and CEO of Guardian Angels Medical Service Dogs. “From staff to volunteers and foster trainers, everyone involved has played a fundamental role in advancing our mission of making a difference in the lives of veterans and our other recipients. It’s an honor to have our work once again recognized by the Academy of United States Veterans.”

This marks the nonprofit’s third VETTY win and fifth consecutive year as a finalist for the award. The organization previously won the award in 2021 for outstanding efforts in veterans’ suicide prevention, and awarded the 2018 VETTY for outstanding efforts in Veterans’ Mental Health. The Academy of United States Veterans established the annual VETTY awards to recognize those that contribute to the well-being of the veteran community.

The 7th annual VETTY award gala was held on April 23rd at the M Resort and Casino in Las Vegas. Guardian Angels Medical Service Dogs’ staff member and Army veteran, Sean O’Rourke was in Las Vegas, along with one of our incredible Service Dogs to accept the award from Assal Ravandi, Founder & CEO of the Academy of United States Veterans.

As he accepted the award on behalf of Guardian Angels O’Rourke said, “Let’s ensure the focus remains on all our veterans and helping them find healing and that beautiful new normal through extraordinary dogs. Thank you so very much for recognizing our labor of love”.

To learn more about how Guardian Angels Medical Service Dogs works to prevent suicide among veterans and others affected by disabilities, visit https://www.medicalservicedogs.org/

Guardian Angels Medical Service Dogs is a 501(c)3 nonprofit organization based in Williston, Florida and has grown into a nation-wide medical service dog organization. The organization rescues, raises, trains and then donates individually trained medical service dogs to veterans, first responders and others who suffer from disabilities including PTSD, Traumatic Brain Injury, diabetic and seizure disorders, mobility issues and more. Since their inception in 2010, Guardian Angels has donated and paired hundreds of individually trained medical service dogs with those in need. For more information, visit: www.MedicalServiceDogs.org 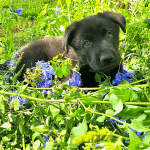 PreviousPreparing Your Dog for Summer 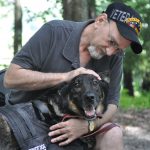