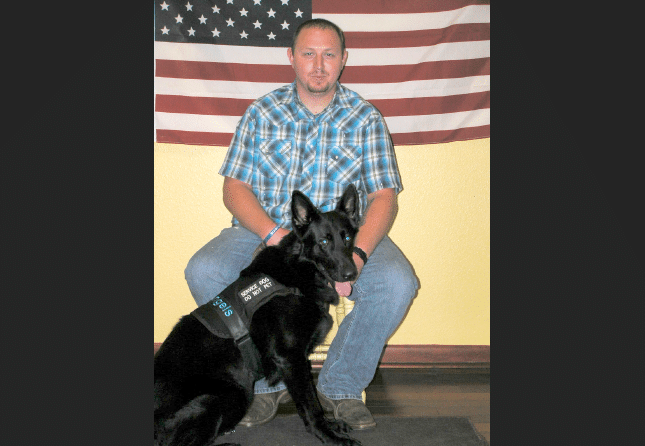 Matt Greer was injured in Iraq, which halted his military career and ushered him back into civilian life. “This unexpected transition posed more challenges than what I was prepared to face. The routine in everyday life was no longer normal for me; seemingly simple daily tasks such as spending time with friends and family or going to the grocery store were daunting and often brought about anxiety and emotional struggle,” said Matt.

Matt’s Life After the Military

Matt said when he returned to civilian life, he found it increasingly difficult to be in social situations, form emotional bonds, or to even enjoy life’s simple pleasures. “I felt as if I no longer belonged in society, and the pressures of such challenges soon turned into self-isolation and depression,” Matt said.

He said he was on the verge of a mental and emotional breakdown when he was given information about Guardian Angels and their services for veterans like him. “Lost and desperate to find a way out of a downward spiral, I reached out to Carol and her team of dedicated volunteers for help. I was immediately welcomed into the Guardian Angels family,” Matt said.

After he explained his situation to Carol, he was told about the service dog program and felt excitement in his life for the first time since he returned from active duty because Guardian Angels had given him something to look forward to.

“Finally, the day came when I was given the opportunity to meet Apollo. The moment I saw him, I realized I had not lost my purpose in this world, and happiness no longer seemed elusive. Apollo’s kind eyes, as well as his warm and gentle nature, immediately softened my once-hardened heart,” Matt said.

Matt said each day he spent with Apollo, he grew closer to his new best friend and became inseparable. He eased back into living again with the help of Apollo. Matt explained that Apollo is so good at what he was trained to do that he never noticed the gentle way Apollo encouraged him daily to break out of his comfort zone and enjoy the things that caused anxiety for him before he was blessed with Apollo.

Matt said Apollo has the ability to distract him before he even realizes he is in distress. “He is ever vigilant in helping to keep my emotions even keel and in reminding me with his noble ways that hope is not lost and that there is peace to be found even in a warrior’s heart. People often tell me I am a hero but what they don’t understand is Apollo is the one who saved me,” Matt said.

Visit Our Recipients page to learn more about our other recipients.

Carol Borden
The Founder and CEO of Guardian Angels Medical Service Dogs, Inc., Carol Borden, titled her first dog at the age of ten. Mrs. Borden has logged nearly 60 years training dogs in multiple disciplines, from competition to training a dog for a movie, to training the #1 Service Dog in the US, which was the first service dog to ever become the Top American Dog Hero winning over all categories of working dogs in the United States. She started the non-profit Guardian Angels Medical Service Dogs organization in 2010.

Mrs. Borden’s expertise and accomplishments are acknowledged by numerous national awards from various industries and agencies including the 2018 Corporate Pet Industry Woman of the Year and multiple awards for her organization’s work in mental health and suicide prevention.

She is frequently requested as a Keynote Speaker, and as an Industry Consultant to teach service dog laws to judicial systems, attorneys, and businesses, and to assist in service dog bills in multiple states that were passed into law. In 2020, she started an Institute for Higher Learning and the Borden Veterinary Hospital. Additionally, she has written and teaches college-accredited/VA-approved apprenticeship courses on dog training and service dog training. 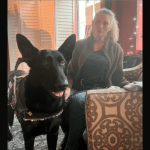