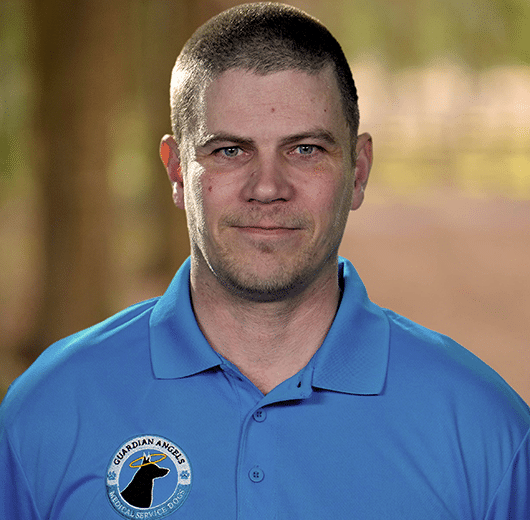 Sean is a combat veteran, who served eight years in the Army and was deployed as part of Operation Iraqi Freedom in C Company, 458 EN BN. Sean was the primary claw operator in the Buffalo, as part of road clearance operations. Sean brings a wealth of working experience, including medical, supervisory, operations and logistics, and has a tremendous calling to serve his fellow veterans.

In his leisure time, Sean is helping veterans, and works with the Pittsburgh Warriors all-disabled Hockey Team, where he serves currently as Assistant Captain. In past roles, he has served as Asst. General Manager, Travel coordinator, on the fundraising committee and as a mentor for new veterans joining the team. Sean enjoys golf, attending college football games, ping-pong, darts and board games with his family and friends.

Sean is married to Victoria and together they have three boys: Logan (15), Parker (12) and Brooks (8). They also have three dogs: Kayson, Bella and Tatum. Sean and his family currently reside in Cheswick, PA.